Ride4Life has an administrative body that oversees all its activities and rides.  These people are elected by the members at the AGM in every year. We are committed to maintaining an open and transparent organisation. Everyone's opinion is valued and every member has the right to stand for office.

You can find details of our current committee team on the page About our Organisation.

In addition to the management team of the organisation, rides have their own more informal committees. You can find out about these committees in your area by selecting the tab below. 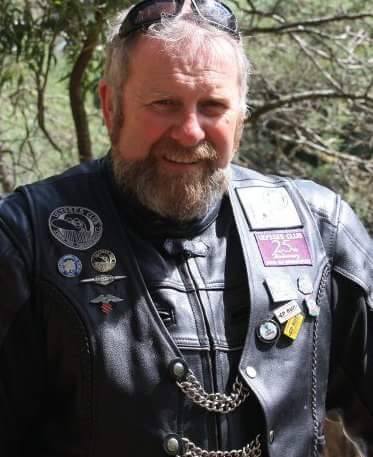 Meet the dedicated crew from Bendigo. They are involved in the Central Victorian area and run the Bendigo ride in March each year to raise money for Lifeline and create awareness around mental illness, stigma and suicide prevention. Ride Co-ordinator is Shane Taylor.  You can contact the Bendigo team by email at admin@ride4life.org.au 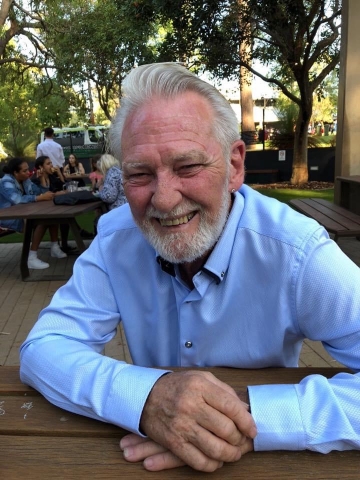 Welcome to Frank Ransome who has started Ride4Life for Darwin in the Northern Territory. Here's Frank's story.

I currently live in Humpty Doo after recently moving there from Katherine where we lived for the last 4 years.

My wife had a job offer and we moved to Darwin for her work and I moved my role to accommodate that move.

I am an Accredited Mental Health Social Worker Counsellor and have seen the impact a prolonged battle takes on the person emotionally. Their family and their children as well. So I have always been involved in some sort of support outside of my professional work with Mental Health Consumers and their family.

Despite the bells and whistles that the Beemer had and the awesome power it developed in its 6 cylinder motor I must admit I still like the old school type bikes personally. But hey that is just me.

I joined Ride4LIfe as I strongly believe that riding a bike makes a huge difference if someone has Depression or Anxiety and hope to promote the joys of riding to a wider audience through Rallies Rides and other events in the NT.

I hope t6o be able to organise a couple of rides a year and at least one big rally in the NT.

Being able to help raise the awareness in the community of both riding and MH.

That riding a bike is one of the BEST Experiences you can have with your clothes on.

Ride4Life are excited to introduce the establishment of a new group in Geraldton WA. This is yet another stepping stone in spreading the word about mental health issues and suicide prevention. 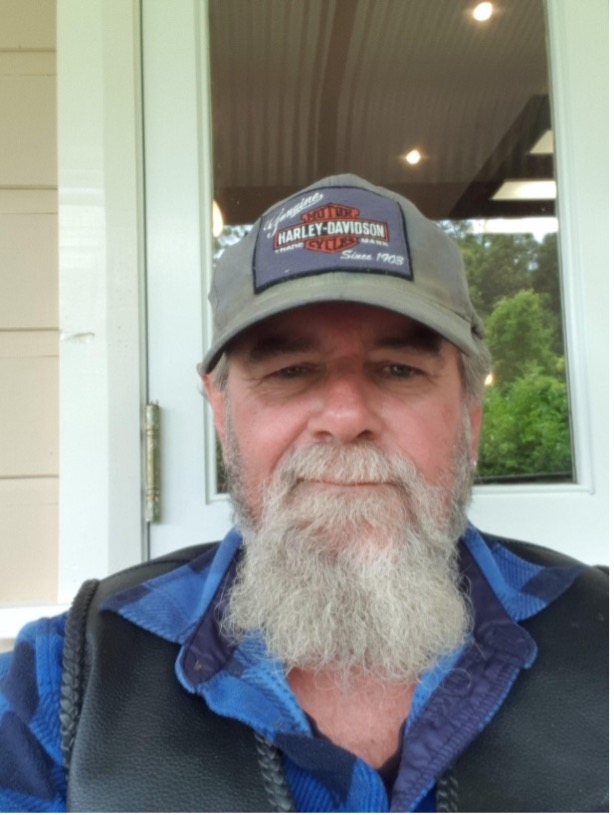 Today is a very exciting day as we welcome a new face to our Ride4Life Inc Team as our new Coordinator based in Geraldton W.A.

You can learn a bit more about “Chooka” in this getting to know you article.

Tell us a bit about Your Story

Hi all and thank you. I’m known mostly as Chooka amongst my riding family. I'm 57 and

married to my high school sweetheart, my rock, Margaret in 1983, 3 children, 1 granddaughter and 5 grandsons.

I live in an outer horse suburb of Geraldton called Woorree, peace and quiet 👍

My mother's family "fleeted" to Geraldton in the early 1800s. I was born in NSW but I've been in and around Geraldton since 1978 when mum and dad both retired from the Navy.

Mental health awareness is important to me because I was suffering from depression and anxiety and never knew about the awareness offered and now I want to spread the word on Mental Health Awareness.

What sort of bike do you ride?

So I can hopefully be there for others that reach out for help. I'm passionate about mental health awareness and I’m keen to spread the word in our community and the whole of the Midwest.

Organise rides out and beyond Geraldton so we can visit towns and communities to share our knowledge of suicide and prevention with Ride4life in our backyard. Also events to raise money for needed mental health charities in our area and beyond.

The best part of being involved is getting the Awareness out to the ones who need it and meeting people along the way.

Don’t sit alone and ponder over what you hear, reach out, as help is closer than you think.

Our WA State & Perth Co-ordinator is Gary Pontifex. Here is a bit more information about Gary.

I live 50 kms south of Perth in Baldivis

I chose to live in Baldivis because it was closer to family and some of my riding friends.

Mental Health Awareness is important to me because it seems to be getting worse not better for people in our communities. The problems we all face every day, our kids in society with bullying and harassment, the plight of our famers, worker layoffs – the list is endless. I have also known friends (some close to me) who have issues around mental health and don’t know what to do. I aim to help them wherever and however possible.

What sort of bike do you ride?

I’ve only owned and ridden 3 bikes including a 750 Honda Shadow and a 1700 Kawasaki Vulcan Voyager and now the Harley Street Bob. Liked all of them for different reasons.

I joined Ride4Life because of the ideals of the organisation. It is an opportunity to raise the awareness of mental health matters amongst the general public in both metropolitan and regional areas of WA. Ride4Life members pay to be a member and all office holders are volunteers. This was a major factor in me joining as all funds raised go to the nominated charity. Monies are to be used for specific needs and not form part of the charity’s administration costs.

I aim to grow Ride4Life – WA into a strong community of riders and supporters. Our main aims will be to;

The best part of being involved with such an organisation as Ride4Life is the satisfaction of being able to chat to people about mental health matters and provide them with both support and suggestions for them to seek answers for their issues.

What I’m looking forward to the most is being able to take our message to the regions where there is limited support for those with mental health issues and let them know “It’s OK not to be OK”. We will stand beside you and help you through your issues.

You can contact Gary using the form on this site or by emailing ride4lifewa@gmail.com

Click the above image, to make a tax deductible donation to Ride4Life's work. You can contribute to our charity projects or admin costs. It's up to you! Just indicate in the box when donating.  (Check with your own accountant regarding tax deductibility, but Ride4Life is a registered Charity with Deductible Gift Recipient Status from the Australian Tax Office.)

If you need help with a mental health issue now, talk to a friend, a family member or call your Doctor immediately. Alternately, you can contact the numbers below:

If life or property is threatened, call 000 immediately